Getting Started With Docker

“Docker containers wrap up a piece of software in a complete filesystem that contains everything it needs to run: code, runtime, system tools, system libraries – anything you can install on a server. This guarantees that it will always run the same, regardless of the environment it is running in” – https://www.docker.com/what-docker

In general, docker is a tool designed to create, run and deploy your application with the help of containers.

Now the question comes, what the hell “containers” are?

What is Docker engine?

Docker engine is a part of Docker which creates and run docker containers.

How Docker is different from Vagrant?

Vagrant is a tool to create configure lightweight, reproducible and portable development environment.

Vagrant works on Virtualization whereas Docker works on Containerization 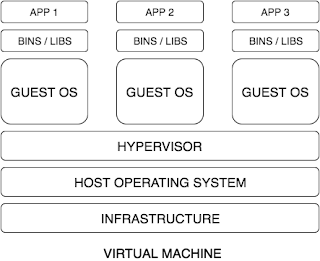 Containerization  – It allows us to run application in an isolated partition of a single linux kernel running directly on the physical hardware. Linux cgroups and namespaces are used to isolate, secure and manage the containers. The benefit is higher performance since there is no hypervisor involved and the container can use the amount of resources it needs. 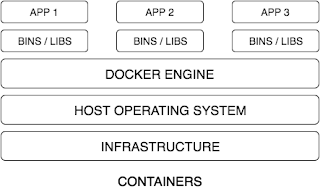 Wait!!! Did I just say, Docker uses linux kernel??? then how can you use it on windows/mac?

Well, you can actually use docker on mac/windows also. When you install it on mac, Docker bundles a tiny linux VM (25MB on disk) which acts as a wrapper for the container. This means you can directly use the docker command without any problem. Hence docker can run on windows and mac too.

Which one should You use?

Docker is available for MAC, Windows and Linux distributions:

Let’s try out some command:

Let’s spin up a dockerized webserver.

If docker doesn’t find this image locally then it will pull it from Docker Hub. Go to http://localhost and check if nginx is running or not.
Run docker ps to see the details of webserver container

Next Part – How to run Rails application with Docker.

One thought on “What is docker | Introduction To Docker”